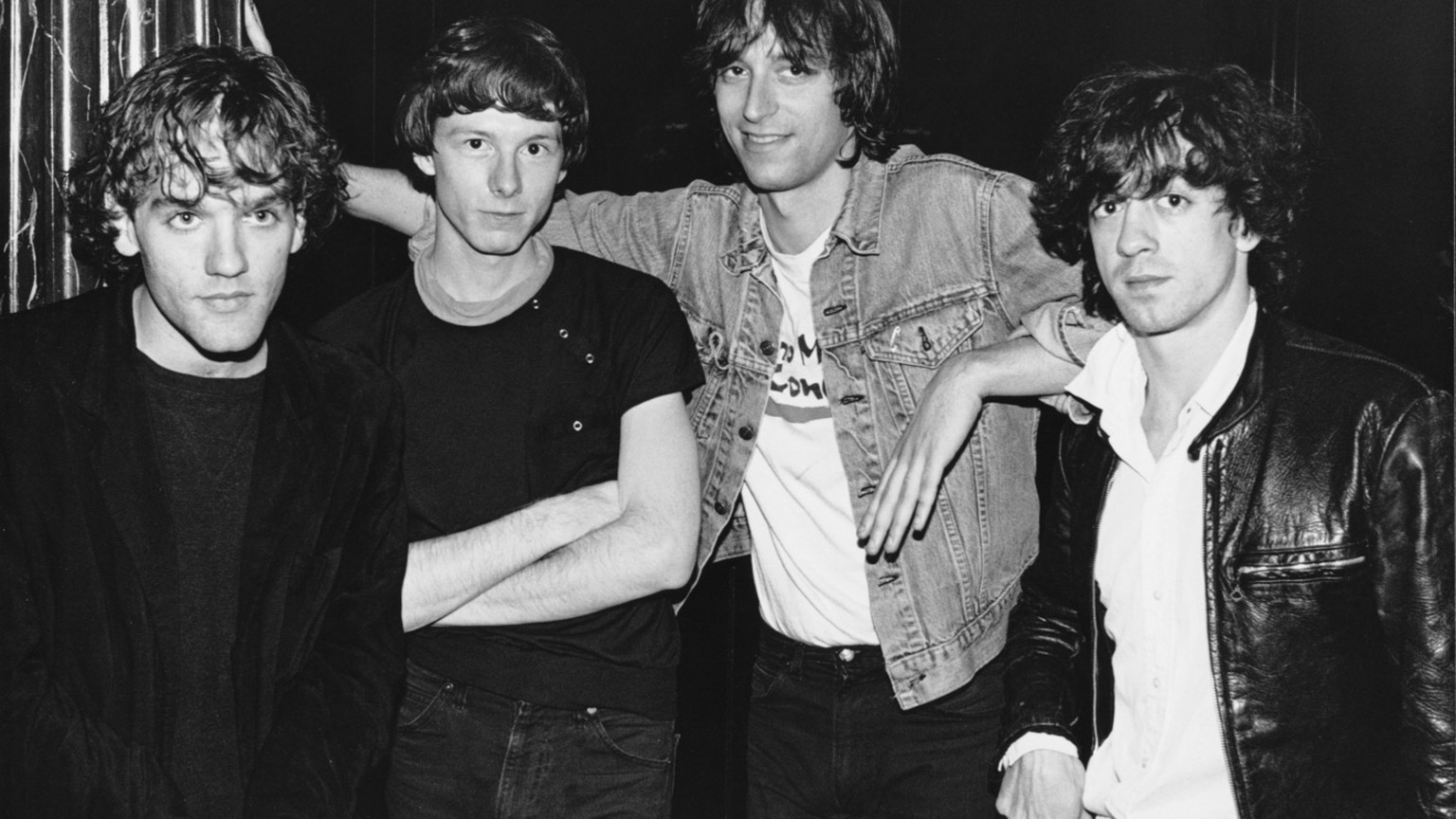 There were any number of bands I loved with painful intensity in high school, many of them only worthy of that love when viewed with nostalgic hindsight (see also: The Connells). But R.E.M. was special. The band filled a rare cultural space, in that everyone knew them and approved of them after 1991, when Out of Time came out and “Losing My Religion” played nonstop on the radio and on MTV, but they also had an extensive back catalog filled with music that was brilliant and textured, but still weird and lo-fi enough to be uninteresting to many of their newly-won fans. So I could display membership in my subcultural in-group by knowing every song from Murmur and the Chronic Town EP, but still not have to be totally punk rock about it and reject everything and only listen to Operation Ivy.

To this day, given even the slightest opening, I’ll make a case for R.E.M. as one of the greatest, if not the greatest, American rock bands (come at me), a case that rests strongly on their unbelievable decade-long streak of near-flawless studio albums from the mid-80s to the mid-90s – starting with Life’s Rich Pageant and continuing almost unbroken through New Adventures in Hi-Fi. (I say “almost unbroken” only because of 1994’s Monster, which was of uneven quality, to put it politely.)

Since I am old, the culture I secretly consider the best and truest no longer includes anything new or interesting, so any song from one of those (again) basically flawless albums qualifies under Forgotten Favorite’s “at least ten years old” policy. But R.E.M was so great for so long that you can pick up any album from their earliest period and find all sorts of fantastic songs you never knew existed.

Those early albums also form a very specific period in the R.E.M. canon, when the music was straightforward and guitar-driven, but the lyrics and vocals were completely, bafflingly incomprehensible 1. In later years, the singing became clearer and the lyrics more accessible and universal, while the music got more complex and the basic rock sound (electric guitar, bass, drums) that had done all the heavy lifting for the band for years became increasingly supplemented—or supplanted—by organs, piano, strings, horns, mandolins and music boxes.

Anyway, the point is that R.E.M. was so great for so long that, unlike many of the bands I loved in my wayward youth, you can go all the way back to the very beginning  and be rewarded with a song like “Ages of You”.

“Ages of You” was one of the first songs R.E.M wrote as a band. Recorded for their debut album but rejected, then re-recorded for a later album and rejected again, it eventually came out on Dead Letter Office, an album of b-sides and “rarities”, which has always been music industry code for songs that weren’t good enough to be released on a proper album. When I first fell in love with R.E.M. in high school and started to go back through their older records, I didn’t even understand the concept of a b-sides collection, so I assumed Dead Letter Office was just a regular album. So great was my devotion that I still loved and treasured it, even though it’s mostly lesser or partly-unfinished songs and drunken covers (literally; you can hear how drunk they are on “King of the Road”, and Michael Stipe clearly can’t remember the words). Later, when I understood what it was, the inclusion of “Ages of You” on that collection baffled me. Why had it been rejected and relegated to such a rambling musical backwater? It was so good. R.E.M., especially in those days, was closer in spirit to a punk band than anything else; they didn’t really have “riffs” in their songs. Ask someone to sing an R.E.M. song and they’ll sing the lead vocal. But “Ages of You” has a great riff. The song starts with some big garage-rock drums and then goes right into a guitar line that can only be described as “jangly”, which sucks, because every music reviewer for a hundred years used the word “jangly” to talk about R.E.M. and their many late-80s college rock descendants, so it no longer has any currency. But this is it, for sure.

God only knows what the lyrics mean or even what they are. I looked them up on the internet, and immediately disagreed with at least half of what was there. But the words in the chorus are unmistakable: “All along the range, all along the range … ages of you”. Again, it’s impossible to say what that might mean, if it means anything, but at the same time it is perfectly straightforward and clear and there is no way to misunderstand it if you have ever been young and desperate and riding in a car with the windows down. Also, in what would become one of the band’s trademark strengths, Mike Mills sings these sunny, clear-voiced harmonies in counter to Stipe’s unmistakeable, beautiful, adenoidal voice; no words, just an oddly memorable variation on “la la la”, sort of like “ra da la da da”, and then they come together halfway through and sing it together and yes, of course, I understand exactly and even though it is just “ra da la da da” it is good and meaningful and right.

If you’re thinking, “Oh, hey, yeah, R.E.M. I should get some of their old songs”, then I strongly recommend any record from the period I referred  to earlier, when every album fit perfectly together, and every song was worth hearing. “Dead Letter Office” will probably not be on your list. It is for the completist only. But if you’re, you know, just downloading some stuff, you should get “Ages of You”. It will not have the same effect on you as it once did on me, unless, of course, you are young and desperate and riding in a car with the windows down, but as you listen, think of long-ago R.E.M., when they were just four young dudes in a pretty good band, making some pretty good rock songs.

1 That was, of course, a significant part of the appeal to my younger self.  As Bill Murray’s down-and-out playwright character from “Tootsie” says, “I don’t like it when people come up to me after my plays and say ‘I really dug your message, man’ or ‘I really dug your play, man. I cried. You know?’ I like it when people come up to me the next day, or a week later, and they say, ‘I saw your play. What happened?’” That movie has almost certainly gone on to become problematic, especially in our current cultural moment, but the sentiment stands.

Guest Contributor: Brian Minter is an SF/gamer/comics nerd, closet Marxist, pretty good dad and collector of old REM records. For a day job he works as creative director for No Kid Hungry. You can follow him on Twitter, where he tries super hard not to engage in pointless arguments with strangers about the above topics.