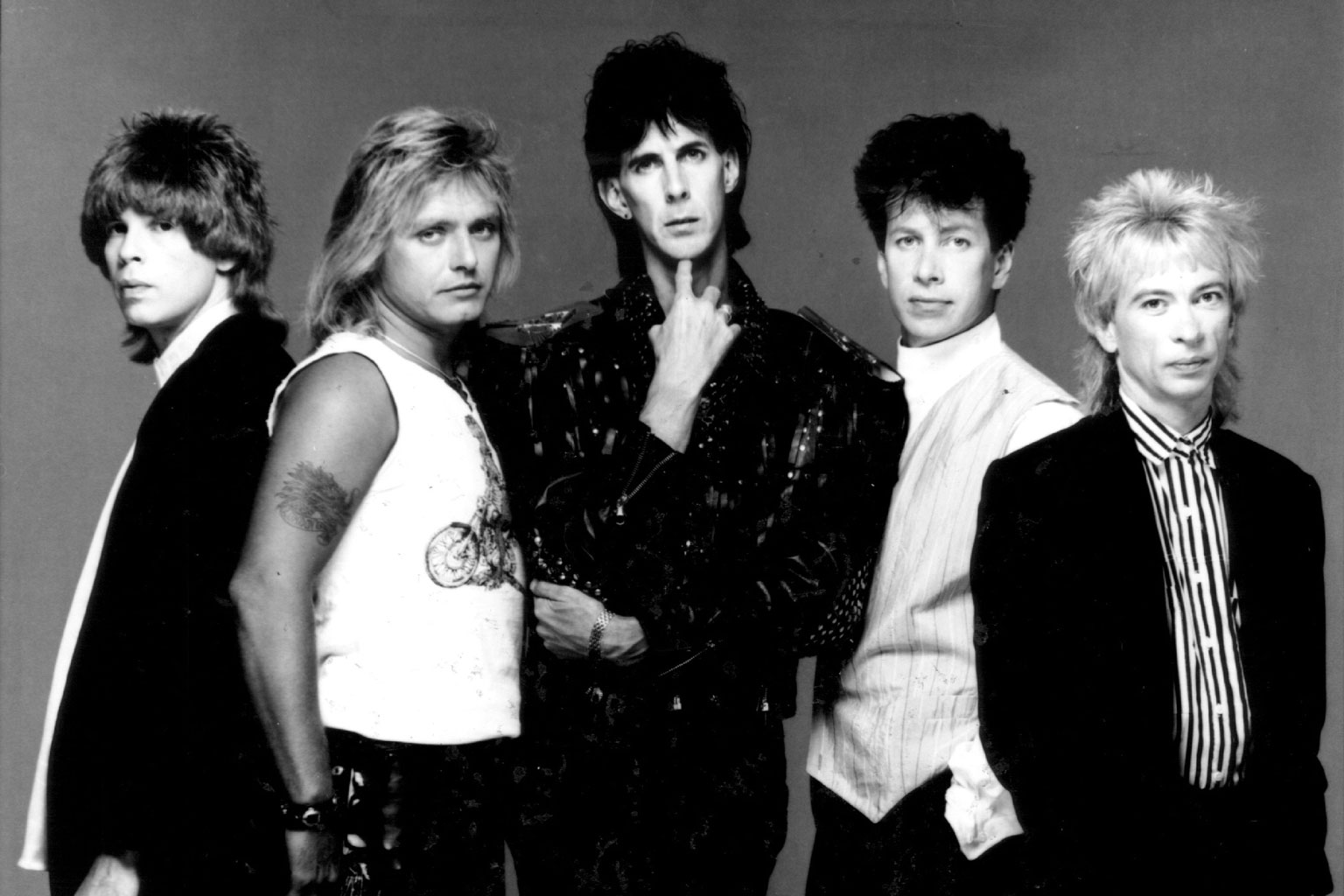 There’s something deeply cathartic about “Drive.” It’s all neon surface and street lights glinting off of glass and chrome, with Rick Ocasek’s deep baritone flatly intoning a series of questions about life, the universe, teenage angst, literalized existential loneliness and maybe, just maybe, the deep neurosis behind whatever compelled a 5 foot ten super model to marry (and it should be noted, stay married to) an Ichabod Crane–doppelgänger, which leads to the song’s central question—standing for all of it.

Candy-O, especially, and the band’s 1978 self-titled debut laid the groundwork for the poppier side of new wave-town, but it all comes together with a glossy sheen on 1983’s Heartbeat City, of which “Drive” is the centerpiece. The cover art of Candy-O’s actual Vargas-painted pin-up reclined on a muscle car (because the Cars) gives way to a Vargas rip-off by Peter Phillips abstractly spinning out of gears and a chassis and lasers and a 1971 Plymouth Duster (because the Cars) and aesthetically leaves behind the relatively muted tone of the first three album covers—1980’s Panorama was dominated by a checkered flag (because the Cars)—in favor of the all-out ’80s-assault on the senses of Heartbeat City’s gatefold. It’s the album where the Cars were realized in their ideal form, with Mutt Lange’s production pushing the songs over the edge, smoothing out every rough edge until (with apologies to Kurt Vonnegut) everything was perfect and nothing hurt.

“Drive” is the ultimate Cars song. Maybe a bit too on the nose for some, but the Cars were not masters of subtlety.

The song makes you feel like you want to cry, but you don’t know why, and it’s a kind of sadness that feels good. Like you are in-a-movie-pretend-sad and not really sad and as soon as the oh-so-dramatic synthy symbol splashes and burbling bongo beats fade out in a final shimmering wash of electronic ambience, the sadness ends.

On her upcoming solo debut album “Luck or Magic,” Britta Phillips (of Dean & Britta in the aughts, Luna in the nineties, and the voice of Jem in the eighties) covers “Drive,” something she did at the behest of producer Scott Hardkiss, who wanted to hear the indie chanteuse sing some big old cheesy pop songs. The cover ends up having more in common with Johnny Jewel-esque night drives than Cars’ cruising, and an art-damaged, John Waters-inspired clip accompanies the track. The video’s narrative is interspersed with gauzy flashes of Britta behind the wheel with Dean Wareham—you know, driving. Ocasek and Co. would surely approve.

Guest Contributor: John Capone left New York City at the tender age of mid-30s for greener pastures. He's a writer, wrangler and editor living near the beach and working hard to become a West Coast cliché. He takes pictures of records at @startedoutonburgundy.