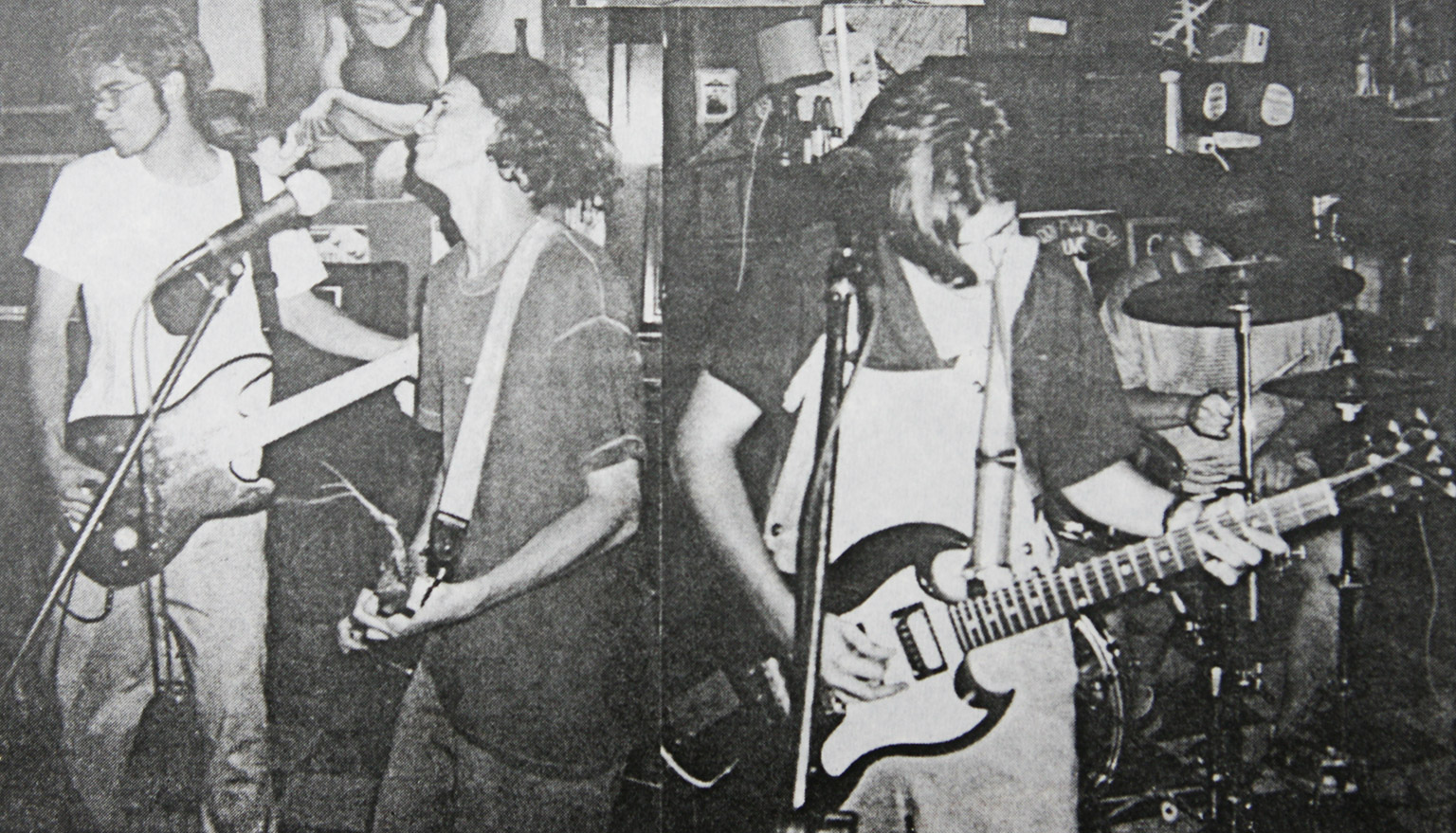 Alright, not to get too self-referential here, but activity of late on Facebook celebrating 25 years of my alma mater’s college radio station—WXJM—got me thinking about the old pop-punk band I was in, Daytime Television.

Ever since high school and all through college and a little bit beyond, I had always been in some band or another, with varying degrees of ‘indie band success’…or lack thereof. Most often the latter. Daytime Television wasn’t my first band—that was, ahem, Disco Circus Wonder Kult (yes, with a K)—or the band I enjoyed the longest stay with or was the most proud of—that’d be Speedwell, our college + post-college emo band. But it was probably the band most tied to WXJM.

It formed from the ashes of my first band in college, Shiloh, a melancholy poppy band with now-comedian + improv rap dynamo Eliza Skinner on vocals, my longtime friend (mentioned in last week’s post) Brian Minter on bass, Whitney Skillcorn on drums, and me on guitar. That band broke up pretty quickly, but, with Whitney moving to guitar, Brian taking over a majority of vocals, and bringing in Sam Uzwack on drums, it providing the founding for Daytime Television, a hyper mess of a band at most times that was anything but polished and a ton of fun.

We screamed out vocals until hoarse, thrashed on our guitars until we bled, slept on beaches when we couldn’t find hotels on tour, and epitomized the beautiful naivety of youth while we tried to ‘make it’ as a band in the mid-ninties.

“If Anything’s Wrong” is probably the most emblematic DT song of that era. Just listening to it brings to mind a seemingly endless string of sweaty basement house shows and the many, many music-makers + music-lovers that came out of XJM. We were far, far, far from the best or most original bands to come out of that hub of independent music—that mantle would likely be worn by Sleepytime Trio, in my opinion, who maybe we’ll feature here in the future—but we did exemplify the messy, stupid, over-dramtic fun that was college life for most of us in those days. Hats off to that and congrats to WXJM, celebrating 25 years of awesomeness that continues to this day.

Special thanks to Speedwell’s old drummer, Jon Roth for sending this recording on some years back.

Below, the 7″ sleeve interior, with a fearless toddler Sam Uzwack holding a dead squid on the beach. Also, “we would like to thank everyone who deserves it”. Punk as fuck, man. Punk as fuck.